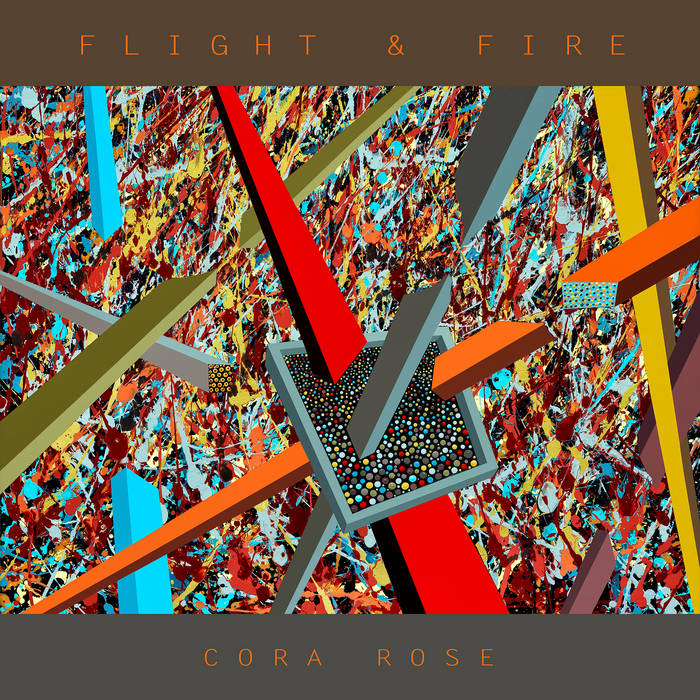 In “Flight & Fire”, Cora Rose first flexed her muscles as a record producer and audio engineer. It was Cora’s creative foray into uncharted ground, breaking away from her acoustic songwriter roots and delving into thick beats and electronic elements. It is also Cora’s most collaborative album to date, featuring co-writes and co-productions with talented producers Akshay Narang, Stephen Turney, and Michael Hardesty.

“Flight & Fire” was produced in tandem with “Time Marches Forward”, an acoustic album with a starkly opposing sound, reflecting the multi-faced nature of Cora’s tastes and creative output. Produced over the period of three years, “Flight & Fire” lived with Cora as she traversed life stages that led her across the world.

“Grey” was written in 2010 while Cora lived in New York City. It was recorded in Nashville in 2013 by producers Michael Hardesty and Stephen Turney. It features Keith Johnson on bass, Lindsay Jamieson on drums, and Robert Gay on guitars and xylophone. Over the following years, Cora added strings and electronic elements, then edited and mixed the session into its current form.

“We Are” was written, recorded, and produced in 2016 in China, shortly before Cora met José Luis Vílchez.

“Ashes Rising” was a full collaboration with producer, songwriter, and multi-instrumentalist, Akshay Narang. Shay wrote and produced the underlying musical production, then shared it with Cora. Cora wrote the lyrics and melody over that produced track. The collaboration took place in 2015 in Nashville. The music video for Ashes Rising was filmed in China in 2017 and was a collaboration with José Luis Vílchez and dancer, Jenea Nixon.

“Ebony” was written circa 2000 and was the title track on Cora’s first album, Ebony. This re-recorded version was produced in Colorado in 2016, just before Cora moved to China.

“Open” was another collaboration with Akshay Narang. This time, Shay sent Cora a set of lyrics. Cora wrote the melody and chord progression, then produced this recording. As with “Ashes Rising”, the recording was produced in 2016 in Nashville.

“The Risk” was written in 2014 and produced over the following two years. It was a direct reaction to the end of a relationship which caused a great deal of struggle for Cora. Recorded in Nashville, it features a chorus of powerful and supportive women: Mary Jennings, Aubryn, Tracee Perrin, and Jess Langer.

“Song for José” was written and produced in China in 2017 shortly after Cora met José Luis Vílchez.

“Painted Roses” was written in 2012 while Cora was living in Warwick, New York. It was recorded in 2013 at Cora’s childhood home, a farmhouse set deep in the countryside of rural southwest Wisconsin.

A personal note from Cora: “I can’t explain how much joy and work went into these recordings. Every note, every edit, every tweak of the EQ, every rendition of the mix. Producing is like painting with sound. With this album, I brought out the colors in full force! I hope you find some emotional connection to these recordings, in whatever way they speak to you.”

All album purchases directly support Cora's work to continue writing and recording music, and to continue her projects bringing meaningful music into the world that highlights diversity, our shared humanity, and our shared struggles.

Bandcamp Daily  your guide to the world of Bandcamp

Featuring Oakland sounds from the Smart Bomb collective and Samplelov.